Elmia Wood 2022 opened Nordic forest exhibitions in a relaxed atmosphere. According to the organizers, a total of 26,000 forest professionals visited the fair.

Elmia Wood 2022 opened Nordic forest exhibitions in a relaxed atmosphere.  Demand for firewood processors is currently strong, and it was also shown at this fair. In addition to firewood processors, there were a lot of small forest machines on display.

At the Hakki Pilke stand, the 55 Pro was introduced as a newcomer, which aroused a lot of interest. This was the first time the 55 Pro was demonstrated at a Nordic fair. You will see this firewood factory next time at the FinnMETKO exhibition in Finland.

Hakki Pilke's stand was very lively, and we got to talk to several old customers who were considering upgrading their machine.

Local professional Stig-Joel Karlsson was also considering upgrading his 2X and Easy 37 firewood prcessors. At the fair, he ended up buying a 43 Pro because of its speed and larger diameter. There are plans to upgrade the other machine after testing 43 Pro processor. 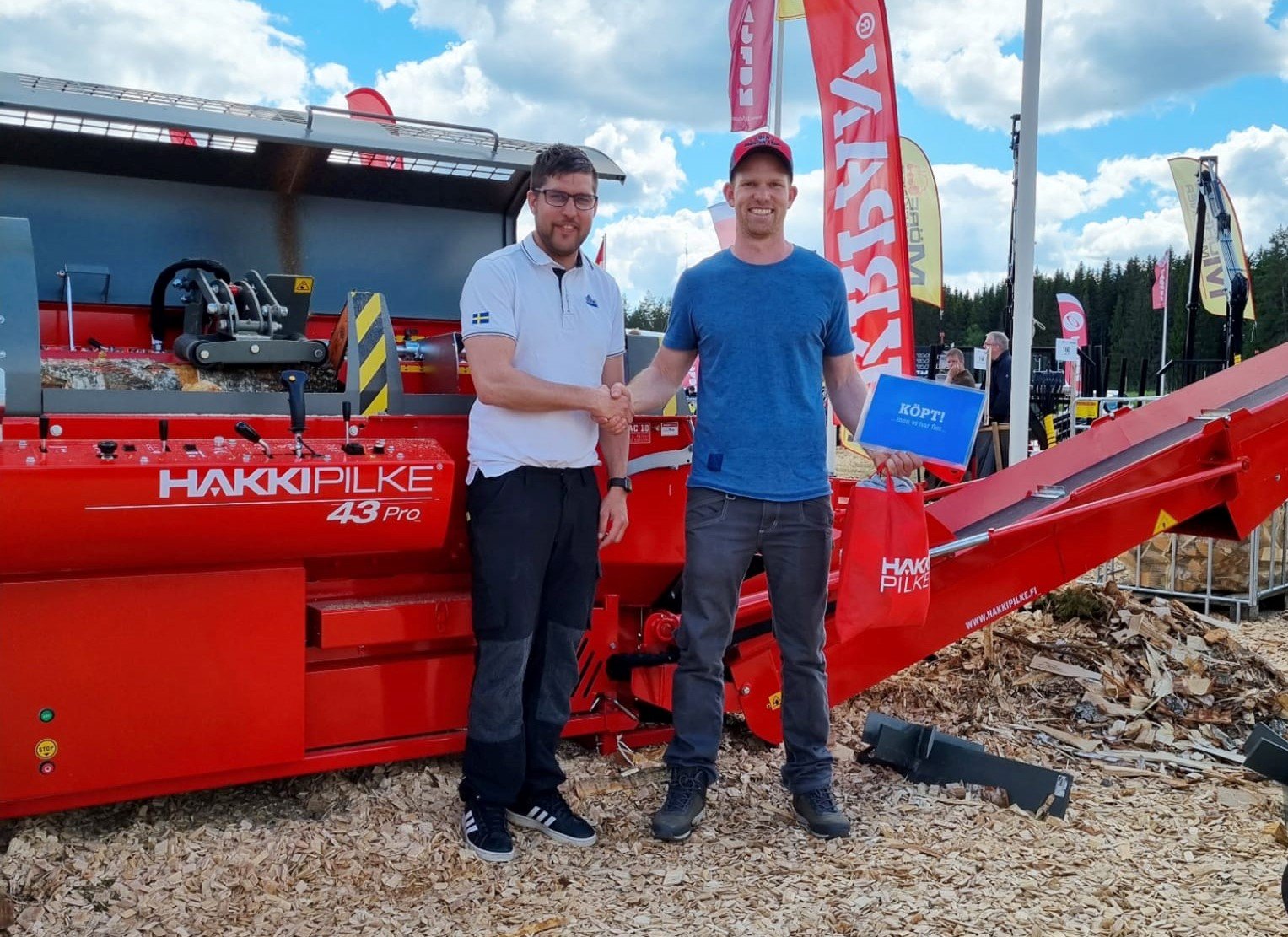 Many Hakki Pilke Easy 37 customers also visited to see newer models. In general, they have been really satisfied with the Hakki Pilke machine and especially with their low maintenance.

“I make about 200 m3 of firewood annually and the machine has worked very well. The machine rarely needs maintenance and overall, we are really happy with the machine”.

The ease of use of the machine was also seen as an advantage, as anyone can use the machine, allowing the whole family to make firewood. The lack of V-belts and the safety of the machines were particularly attractive in the new machine models.

“We have the Easy 37 with the log table, which is now 8 years old. The machine is really easy to use and others in my family also make firewood with it. The safety of the machine is also good. I’m still going to buy a new machine because they don’t have V-belts, which further reduces the need for maintenance”.

Please visit us at